Read this before making capital investments in your business! 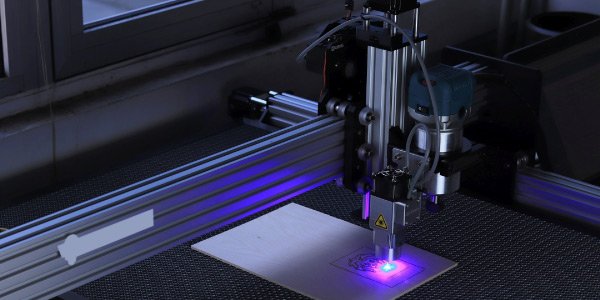 We want to buy new machines and move to a bigger premises to increase our capacity and lower our manufacturing costs, but it’s a significant investment, and we don’t have the revenue at the moment. We’re worried about not getting it right first time and burning through the cash. What should we do?

I’ve been asked this type of question many times over the years.  9 times out of 10 they’ve jumped to the conclusion that ‘buying new machines’ and / or ‘moving to a larger premises’ is the best solution to their capacity and manufacturing cost problems.  9 times out of 10 it’s NOT the best solution…at least not in the short term…even if their accountant has told them that that’s what they should do!

Here’s a couple of examples of what I mean:

Prior to working with us, one client invested $350,000 in a new CNC machine after their accountant confirmed that it was a sensible investment.  That was because the cutting process was labour intensive and the new machine could do the job in around 1/10 or 1/20 the time.

They purchased the new machine and found they only needed to run it ½ day per week to keep up with demand. They were concerned that if it sat there, not operating, then it wasn’t earning its keep, and, their accountant had also told them that the more than ran it the quicker it would pay itself off.

So, they started cutting materials in advance, which meant they purchased material earlier than required, tying up cash, taking up space, and causing double-handling issues and related damage. If you think about it, it’s a bit like hiring a car for a week and driving as far as you can in the week to minimize your average hire cost per mile. Trouble is, you hire the car for a specific purpose, and that purpose isn’t to ‘minimize your average cost per mile’. Obviously, the more you drive the more you pay in fuel costs, so your total expense has increased!

The next thing they found was even though the time it took to cut materials was slashed, jobs weren’t getting completed and out the door any faster. That’s because of two main reasons:

They now had the added financial burden of interest payments on the loan for the new machine, and a bigger overdraft to cover the purchase of materials before they actually needed them, plus replacement cost of damaged materials. This all bit into any extra profit they were expecting to make.

The accountant can’t really be blamed…he had no idea of the physical situation, only saw numbers on paper, and was applying traditional accounting theory as most accountants do. His underlying faulty assumption was that the cutting process was a dominant bottleneck to product flow / sales-flow (revenue), and didn’t know that the bottleneck would quickly move to somewhere else in the business. Yet, in the absence of knowing any better, our client simply trusted the advice of their accountant…and after all, accountants are meant to be business experts who know this stuff, right?  (By the way, I’m not belittling accountants…they’re smart professional people who only know what they’ve been taught, and generally only see the numbers…not the whole situation. It’s what they’re taught that is insufficient…not the fault of the accountant per se.)

I turned up at a prospective client’s premises. They manufactured ductwork. Most of the site external to the buildings was stacked high with completed, partially completed, or damaged ductwork.  They told me they had run out of space and were looking for a larger premises.

I toured the factory.  It was obvious to me that they hadn’t run out of space, they had run out of FLOW, in particular, RIGHT-FIRST-TIME FLOW.  One of the reasons was inefficient processes which meant they generally needed to start ‘cutting metal’ 2-weeks prior to delivery due date, and it was common that 1-week prior to the required due date, their client would request a change in dimension. This led to high scrap rates and rework, and pressure to meet the due date, or content with late delivery issues.

By doing a few things, including increasing efficiencies at key bottleneck areas, meant that jobs could be started just a 3 or 4 days before due delivery date (with dimensions confirmed with their client, BEFORE cutting metal).  The outcome was that flow improved, capacity increased, available space increased and cashflow and profits increased. This supported additional growth, and, in the end, they did need to move to a larger premises, without the concern of whether or not they could afford it.

If your underlying objective is to make more money, don’t jump to the conclusion that you need to invest in new machines or a larger premises. There’s no guarantee that that will meet your objectives …it may do just the opposite if you haven’t got your fundamentals right.

While we’re on the subject of buying new machines, it’s worth taking a moment to make some additional points, some of which comes from my experience when I was an engineer at General Motors and needed to buy some high-tech machines from overseas:

I’m reminded of the old adage…

The sweet taste of low cost is long forgotten after the bitter taste of poor quality still remains.

…and this applies when sourcing machines that are best for your needs too.

Choosing the best machine for your needs is a little bit like choosing the best car or vehicle for your needs…there are usually a bunch of trade-offs.  There’s a structured process for balancing or ‘weighing’ all of the aspects that are important to you, so that you make the best overall investment decision. It’s called ‘Weighted Analysis’. I’m not going to go into the detail here, I just want to make you aware that it exists, because the investment in machinery can be very substantial, and very much more expensive in the long run if you get it wrong. Performing a weighted analysis helps you get it right!

The other key aspect to consider is that machines are only part of story, as per Case Study 1, above. They may eliminate one bottleneck, but be aware that a bottleneck WILL surface elsewhere, so your investment in the machine may not give you the return on investment that you’re expecting:  Buyer Beware!

If you’d like to speak with us regarding this topic or any other business improvement topic, please feel free to contact us at

PrevPreviousWhat’s obvious to you may not be obvious to others
NextHere’s why increasing efficiency in your business can waste time & money.Next
Business insights