Does outsourcing cut costs or increase costs? Your thoughts? 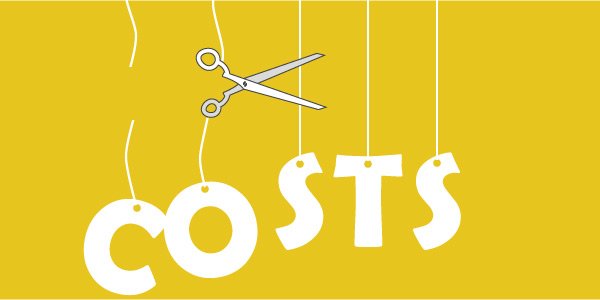 Outsourcing – does it cost you more than it saves? A case study, by Dennis Keay.

Businesses outsource work for a number of reasons, for example, insufficient number of in-house resources (capacity) or insufficient expertise. Of course, some businesses are simply an intermediary, on-selling or packaging products made by others.  But, there are occasions where businesses do have the internal capability and capacity, and still choose to outsource. Two key reasons are to reduce risk exposure and to reduce costs.

When it comes to reducing costs, we’ve noticed that the apparent savings from outsourcing are often offset by significant ‘hidden’ costs…and so the exercise can be a false economy in the long run.  A case in point is when a large international company I worked in, which always had its Accounts Payable function performed internally, decided to outsource this function to an overseas company where the hourly labour rates were much lower.

At the time, amongst a range of other managerial and engineering duties, I was in charge of a departmental budget of several million dollars, yet I hadn’t been informed about the outsourcing decision. I found out when, one day, while I was reconciling budget expenditure, I noticed a very large sum that had been charged to our account, and I had no idea what it was for. So, I tried phoning our Accounts Payable Department to resolve this issue, only to be told that I’d have to ‘call India’ to find out.

Resolving the issue consumed many hours of my time…time that was effectively stolen from my other duties, adversely impacting projects I was working on. But, who paid for my time?  My employer of course…in two ways!  They paid for my physical time trying to resolve the issue, and they paid even larger costs in the delays to other things I should have been devoting my time to. (Unfortunately, leaving the budgetary issue unresolved was simply not an option.)  But where were these costs factored into the ‘cost of outsourcing’?  The answer is, they weren’t!  And how many other people within our company had similar types of issues?  Who knows?

The types of costs I’ve referred to can be considered ‘hidden costs’, and there are many examples you can probably think of in everyday life.  I know I’ve changed internet hosting providers because local support was outsourced overseas and issue resolution plummeted. The wasted time can be just too expensive if you’re trying to run a business!  Did I tell friends and colleagues – yep! Does the company I was with know how much they’re losing in revenue and opportunity cost?  Most likely not!

The point isn’t that outsourcing is bad. It’s often essential and can be good in terms of reducing risk exposure and reducing overall costs.  The point is that if you’re looking to cut costs by outsourcing (and other costs for that matter), look at the big picture and the potential costs if everything doesn’t work out ‘perfectly’, and you encounter time delays and quality issues. Look at the flow-on costs and issues it might cause your business.

I’d definitely put outsourcing in the category of ‘caveat emptor’ (buyer beware), for as the saying goes, “The bitter taste of poor quality remains long after the sweetness of low price is forgotten”.

PrevPreviousIs your business missing out because of the ‘Tomato Effect’?
Next‘Error Proofing’ is about ‘Getting it right, first time’Next
Business insights