Are you sacrificing the IMPORTANT for the sake of the URGENT? 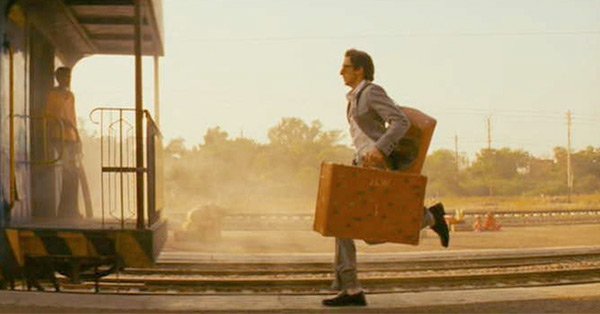 Now think about this:-

Is there a difference between ‘urgent’ and ‘important’…and if so, what’s the difference?

Imagine you want to catch the next train, and trains arrive at your station only once every hour. As you near the station, you hear the ‘ding ding ding’ of the crossing-bells as the train approaches. Do you feel the URGENCY to run to the platform to catch the train? Of course you do!  We FEEL THE PRESSURE of URGENCY…it’s IMMEDIATE and present.

Is it IMPORTANT that you catch the train?

Who knows?  Maybe you’re on your way to a job interview that could impact your long-term future…or maybe you’re just going to the market. There’s certainly a huge difference in importance between the two.

The thing is, we’re often so busy, tied up in the immediate urgent stuff, that we’ve barely got time to sit down and think about what’s really important, or if we do think about it, to do anything about it. So, decisions and priorities get made by default, based on short-term pressure of urgency rather than by good management, often at the EXPENSE of longer-term importance, UNTIL those important things become urgent. Sometimes that’s too late… isn’t it?

So, how do you avoid falling into the trap of prioritising the Urgent over the Important? It comes down to management discipline, to make a small amount of time to consider what’s Urgent and what’s Important, and then start delegating, delaying or deleting the things that aren’t that important, and doing or scheduling those that are.

I like to use an Urgency-Importance Matrix, shown below to help put things in perspective and guide the priority of our actions. 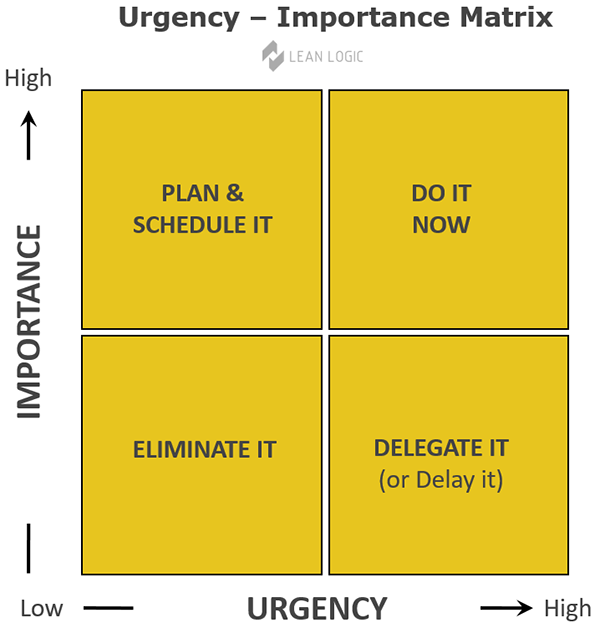 Start to fill in projects, tasks, and ideas you have about what needs to happen in your business. What do see? Do the majority of things you’re currently working on have high importance?  Do some of them have relatively low importance and are being driven primarily by urgency that should be delegated, delayed or eliminated? Are there things that are critically important to your long-term future that aren’t being planned for or scheduled, that you KNOW you need to be devoting some time to now?

Whatever you find, ask yourself, have you or are you investing your energy and resources where you should be?

This is only part of the story…a good starting point. If you find that you’re flat out busy and everything you’re doing IS truly important and you can’t delegate it, delay it or eliminate it, then we move to the next part of the solution, which is what we call ‘Managing the Hump’, a strategy we use to free up your time and resources.

Stay tuned for a future article on Managing the Hump.